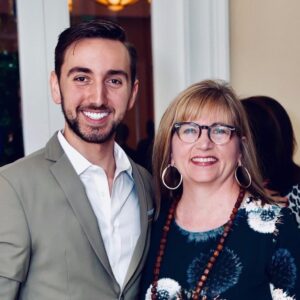 By Tyler and Michelle Riddell

In part 2, we will continue moving through David Chandler’s timeline of CSR. Why David Chandler’s version? His textbook, “Strategic Corporate Social Responsibility: Sustainable Value Creation,” provides a comprehensive understanding of CSR, which we have not discovered to this date. Moreover, since some of the events are too extensive, we will not be highlighting every event on Chandler’s timeline, but we will cover most! Let’s dive into the 1840s.

Around the 1840s, we entered an interesting time called Victorian Philanthropy, which was during the Victoria period. During this time, there were several influential leaders or philanthropists. For instance, Sir Edwin Chadwick “became a leader of the sanitary movement targeting improvements in the water supply, sanitation, and housing…” (Denham, 2017). William Booth created the Salvation Army, and Joseph Rowntree was “a champion for social reform especially for workers at his chocolate factories. He created workers’ pension schemes…and set up [a] charitable trust to instigate social reform” (Denham, 2017).

The reason this time period was significant was due to the change in philanthropy. It became more complex. There were large giving societies and peer-to-peer lending/giving. Religious groups were caring for their own poor, leaders fought for policy changes, and certain organizations, like the “Metropolitan Association for Improving the Dwellings of the Industrious Classes[“]… practiced what the Victorians called ‘5 [percent] philanthropy’, where donors could invest their money for a good cause while receiving a respectable but below-market rate of return” (Brown, 2010).

Interestingly, ‘5 [percent] philanthropy’ is still practiced today. However, there are methods now where you can invest and make a market rate of return. This is called social impact investing.

Moreover, to wrap up this point on the CSR timeline, there were changes in the way leaders personally operated in the community, and when leaders start making changes, they also start to factor those shifts into how their corporations are run.

What Is Corporate Social Responsibility?